So here’s my new Star Wars Fan Theory: Rey is not a Real Girl, but is in fact Anakin 2.0. 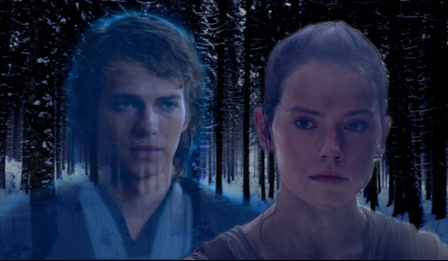 “We got no strings…”

To be honest, I came up with this idea as a joke, just to annoy my prequel-hating friends (which is to say… ALL of my friends). But then it started making sense to me. Sense enough that I decided to write it up real fast. So hear me out…

Going back to our Prequel lore, we know that Anakin Skywalker was a virgin birth. His mother reveals that to Qui-Gon Jin in The Phantom Menace. 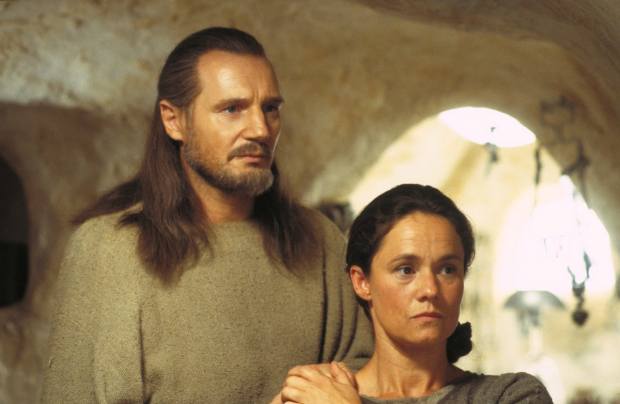 “Whattaya mean, there ain’t no baby-daddy?”

Later, in Revenge of the Sith, we find out how that’s possible: he was created by Dark Side Force Manipulation inside his mother’s womb. This is couched as the story of “Darth Plagueous the Wise,” which Palpatine tells Anakin at the opera. But Anakin’s too dim to understand that the story’s about him.

The creation of Anakin was part one of an insanely complicated scheme to create a False Jedi Messiah who will take the Jedi Order down and bring the Sith back to power. The prequels are the rather poorly-told story of that scheme, and (to my way of thinking) the greatest squandering of Magnificent Pulp Bastardry in my lifetime. I mean, I understand that Darth Sidious was the PHANTOM Menace, and thus his plans thematically needed to remain veiled, even to the audience. But we only ever get the slightest hints at them, and Star Wars movies are not places people look for delicate subtlety of plot.

Now. Palpatine is not one to toss away a good plan just because it failed the first time. I mean, this is the man who built two freaking Death Stars, even though it nearly bankrupted his Galactic Empire to do it. So why would he throw away a perfectly good False Messiah scheme just because the first one turned out to be a bit of a disappointment? He wouldn’t! So he pulled the same trick again, this time trying a female Force-Baby because the male one got broken so easy.

…to foster some deep-seated anger and resentment (just like Anakin), so that turning her to the Dark Side would be that much easier when the time came (again… just like Anakin).

“Thaaaaat’s right. Concentrate on the sand, boy. The SAND…”

But then Palpatine died, which may have put a crimp in his plans.

Or maybe not. I don’t claim to have all the answers. He didn’t sound too upset when he was laughing in the Rise of Skywalker trailer, anyway. And I could be wrong (I’m usually wrong).

But it would fit with the Star Wars themes of myth cycles and history repeating itself, AND it would do so in a way that makes The Force Awakens feel less like an overly fannish retread and more like something clever and well-planned. I like it when my entertainment is smarter than me, and that would go a long way toward easing some of the problems I have with that film. “Oh, you thought all this navel-gazing was nothing more than pandering? Eat it, fanboy!”

But it would be a great gut-punch, too. The Last Jedi was all about how the legend of Luke Skywalker was more important than the reality, and how that legend sparks hope in a new generation. So how horrible would it be if, just as the galaxy comes to believe in the Force again, the person keeping the Jedi flame alive turns out to be another Dark Side gene bomb, waiting to go off? 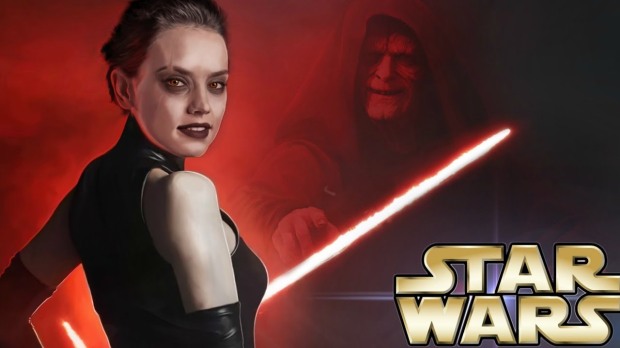 It might also be an elegant solution to a plot problem. Some Star Wars fans desperately want Rey to be connected to characters we know, while others (myself included) prefer the “you came from nothing” explanation we got in Last Jedi. But if she was another Palpatine Force creation, carried to term by some junkie space-whore and sold into slavery for a little drug money… BOTH camps would be pleased!

Or, you know… Maybe this is a theory that appeals to no one else but me. Because that opera scene in Revenge of the Sith might be my favorite moment in all the Star Wars movies ever. All the plotlines come crashing down around that one scene, and only Palpatine and the audience know it. We share a secret with the bad guy, and thus get to experience evil glee from a safe, vicarious distance.

Dude, I totally get you now!

But maybe that’s just me.

(Though actually… As it turns out, I’m NOT the only person this idea appeals to. After the whole Rey = Anakin thing occurred to me, I found that another writer had already beaten me to the punch. So in the interest of fairness (and also because it makes me feel less crazy), here’s a link to that article, too: https://www.slashfilm.com/the-rise-of-skywalker-speculation/?fbclid=IwAR0oGIKhjEk9ustxvleeXPvsA9Oad49oLn4TZbDKpCZTxLbibj74G6r7Phk)

And I guess that’s it. Hope you enjoyed my hare-brained theorizing.

But, hey! If you DIDN’T like this theory, I’ve got another one for you. It’s exactly the same as this one, except that now, Rey is a gender-swapped clone made out of DNA samples taken from Luke Skywalker’s severed hand! I mean, if they found that freaking lightsaber clogging up a Cloud City exhaust port, surely they found the hand, too, right?

Copyright © 2020 Create a free website or blog at WordPress.com.